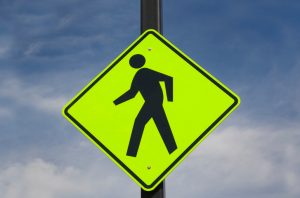 When you are walking around near the street, you should have a reasonable expectation of safety as long as you follow all of the rules of the road. Unfortunately, many drivers fail to take pedestrians into account when driving, and cause serious injuries to people who were not breaking the law. If you were injured by a motorist while walking, we strongly encourage you to schedule a free consultation with an experienced pedestrian accidents attorney.

What To Do After A Pedestrian Accident

If you have been hit by a car that was disobeying traffic laws, then you should not be paying out of pocket for your injuries and lost wages. Contact us today to schedule a free consultation, and we will let you know if you have a case.