Sadly, Florida is one of the most dangerous places for a pedestrian to walk the streets. All of us know that if we’re hit, though, we have legal avenues available to compensate us financially for any injuries we incur. But it’s not always so simple. Take this example: a driver turns a corner too fast and doesn’t see you walking, then runs into you at a high speed. Later you find out you’ll need a half-dozen surgeries to make everything work right again. After that you’re looking at months, if not years, of physical therapy before you might be made whole again.

Even then, it’s not a certainty.

But what happens when you get injured after being struck by someone who then fled the scene of the accident? What happens if that person is never found? Is there a way to find compensation?

If you own a vehicle yourself, then you probably (and hopefully) have car insurance. When the driver of a hit and run remains unidentified, you can still use the underinsured or uninsured motorists clause of your own insurance to cover all forms of compensation previously listed.

If you don’t own a vehicle, then things get a little bit more complicated. There’s still a shot to get reimbursed depending on where the accident occurred. For example, workers’ compensation should cover costs if the hit and run occurred on the job.

If you’re the family member of someone killed in a hit and run, then you also might be able to file suit against the perpetrator or find financial relief from the deceased’s insurance. Not only can you find compensation for all the aforementioned issues, but you can also collect for the deceased’s pain and suffering.

If you’re unsure of whether or not you can be covered through insurance after being injured in a hit and run where the driver was identified or not, then it works in your favor to find an experienced personal injury lawyer with whom to discuss your case. If you can make a claim, you’ll know it soon enough. Before you go, gather any relevant medical and billing information in addition to the documentation of any insurance you own.

The Different Types Of Car Accidents

Rear-end collisions are possibly the most common of car accidents. This will happen when one car crashes into the back of the car in front of it. These accidents can be caused by sudden stops from the car in the front or by the car at the back accelerating too quickly. In terms of injuries in the car accident, those in the impacted car will generally have worse injuries. The driver of the second car will generally be held at fault in these accidents due to lack of attention, not being within stopping distance and following too closely.

Side impact collisions are often called T-bone or broadsided collisions. This 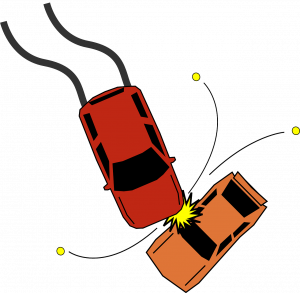 accident will happen when the side of one car is hit by the front or rear of another car. This type of car accident will generally have more severe injuries, but they will vary depending on which part of the car was hit and if the safety features in the car deployed. Fault in these accidents will vary and could lie with the first or second vehicle. 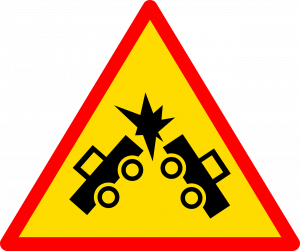 As the name suggests, head-on collisions happen when two cars hit each other’s front end. This type of accident is often fatal or will cause life-changing injuries. Fault will also need to be determined on an accident by accident basis as there is generally no other way of telling what has happened and who was in the wrong.

Once the dust has settled after your accident, and you know everyone involved is OK, please contact us at any time of the day. The earlier we get the ball rolling on your car accident case, the better chance we have of making sure that you get what you deserve.

Determining fault in a car accident is very important for a number of reasons. The primary reason is that the person at fault will be liable for the costs related to the accident. Fortunately, there are a number of ways that fault can be determined and you need to know what they are so you are prepared for any accidents you might be in.

How To Prove Fault

Fault will need to be proven with evidence. This evidence can vary from pictures of the accident scene to eyewitness testimony to police reports. In most car accidents, fault does not have to be proven beyond a reasonable doubt. If you are going to sue someone who you were in an accident with, you will simply need to show clear and convincing evidence of fault.

There are many states that have typical fault patterns which place fault on a certain individual in certain car accidents. If you are in a rear-end collision, most states will place the fault on the driver of the last car. If there are multiple cars involved in a rear-end collision, each car that hit another will be considered at fault and will be responsible for the accident.

Other Methods To Determine Fault

If the accident is not a rear-end collision, it can be harder to determine who is at fault. In most cases, you will need to look at the driving laws of the state for guidance on determining fault. If the accident occurred when one car was performing a left turn, you should check to see if the light were in that driver’s favor. If they were, then the other car will be at fault because they should not have been traveling through the intersection. Additionally, the driver that is speeding will generally be the one who is found to be at fault for an accident.

The attorneys at The Mimi Injury Lawyers are well versed in car accident law. Contact one of our attorneys today to schedule a free consultation.

The Deadliest Types Of Car Accidents

One of the most deadly car accidents is a multiple vehicle collision. These accidents will generally happen on busy roads such as the freeway and could lead to severe and fatal injuries. The severe injuries come from the fact that the people in the vehicles in the accident are hit multiple times with the impact from a new vehicle. There is also the fact that multiple vehicle collisions can be hit from different angles which causes damage to different parts of the car and to the body of the person in the car.

After multiple vehicle collisions, head-on collisions are the next deadliest. 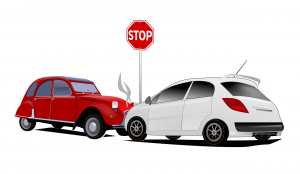 This type of car accident can occur anywhere from a busy road to a parking lot. As the name suggests, these collisions occur when two cars hit each other head-on. Most head-on collisions will result in fatal or life-changing injuries because of the amount of metal that will enter the interior of the car. It is also important to note that the higher the speed of the vehicles at the time of collision, the more fatal the accident will be.

Another deadly car accident is when a vehicle rolls over. This type of 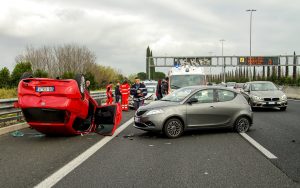 accident can involve only one vehicle and could be caused by sudden turns made at high speeds. Vehicle rollovers can occur anywhere and will often be fatal depending on where the vehicle has rolled and whether the driver and passengers were secured.

If you have been in a car accident and suffered an injury, minor or severe, contact an experienced car accident attorney today. The Miami Injury Lawyers specialize in car accident cases and will get you the maximum amount of compensation you deserve.

What You Should Do After A Car Accident 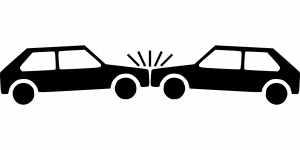 Every year, there are millions of car accidents and this is why you need to know what you should do if you are involved in one. There are a number of steps that you have to take to ensure that everything goes smoothly after the accident. These steps will also ensure that you are able to claim against your insurance correctly or file a lawsuit if needed.

The first step is to stop after an accident. You should never drive away from the scene of the accident. If you are unable to stop immediately, you need to stop as soon as you possibly can.

After stopping, you need to protect the scene. You can prevent any further accidents occurring by setting up flares or hazard markers to warn oncoming traffic. If it is dark and your vehicle’s lights are not working, you should use a flashlight for safety and you need to wait in your car for the emergency services.

After stopping, you need to call the police and if anyone is injured an ambulance. You need to call the police even when there are no injuries to ensure that there is a police report of the accident. This can help you claim against your insurance. The vehicles which are involved in the accident should be left where they are unless they are causing problems with the traffic.

Once the police arrive, you need to ensure that the investigating officer is told exactly what happened. You should not speculate if you are unsure and only state the actual facts of the case. If you are asked whether you are injured and are not sure, you should state this instead of saying that you are not. Pain from accident injuries generally become apparent hours after the actual accident.